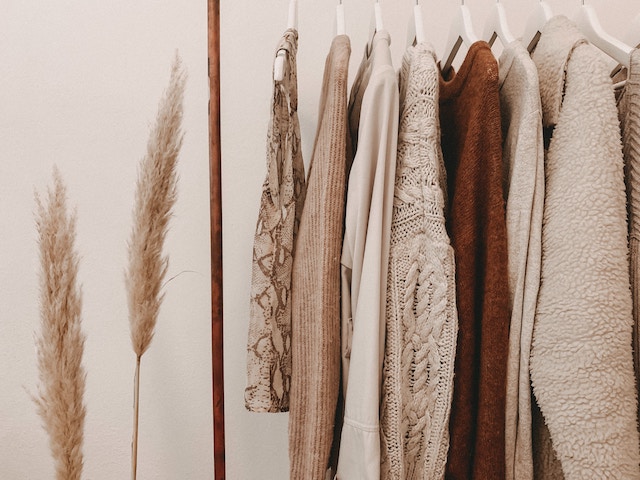 When you hear the word “minimalism,” you might think of someone like Andrew Hyde, the intentionally homeless tech guru who owns only 15 items. You might think of capsule wardrobes or tiny houses. Perhaps you’ve even come across exclusive minimalists who criticize women for having long hair.

Does minimalism have to be so extreme?

Let’s just be clear on one thing: minimalism, like many other lifestyle choices, exists on a spectrum. Let’s take a look at the three types of minimalism.

The Three Types of Minimalism

At one end of the spectrum, we find general decluttering. This is the easiest and least invasive type of minimalism. At the opposite end, we find extreme minimalism, which is the most demanding. Somewhere in the middle, we find moderate minimalism, which requires a certain level of commitment and effort while not dictating every aspect of life.

When minimalism was first introduced to mainstream society, it was often a reactive pushback against the negatives of consumerism. People did extreme things: living out of a suitcase (or van), showering at the YMCA, living without furniture, dumpster diving for food, or hopping around as house sitters. They were brutal in cutting out material possessions that stood in the way of meaningful living. In some respects, extreme minimalism has sometimes been almost religious, with restrictions on exactly what and how much you could own.

Others took the spirit of minimalism and applied it very loosely as a call to declutter and own less. Decluttering lacks some of the more radical commitments of the minimalist lifestyle, but it is still based on the same premise: owning less is good. Decluttering can involve multiple areas of life. It can relate to your closet, your inbox, or your list of friends. Decluttering is more of an intervention rather than a lifestyle. It doesn’t necessarily come with commitments to change consumption habits, so you might find yourself decluttering the same space over and over.

Moderate minimalism, like the story of Goldilocks and the Three Bears, is for me the “just right” spot on the spectrum. It involves more commitment and intentionality than decluttering. However, it is more flexible and traditional than extreme minimalism. Moderate minimalism might incorporate only some elements of minimalism. For example, it might mean a small house, but not a tiny house. It might mean finding alternative food sources from co-ops and urban gardening, but not from dumpsters. It might involve capsule wardrobes, but there might be bright colors and patterns.

For moderate minimalists, the piecemeal approach is not a cop-out. It is a process of personalization, a recognition that one size does not fit all.

Maybe you’ve been scared away from minimalism because you thought the bar was too high. What y,ou need to know is that there are many, many types of minimalism all across the spectrum! It isn’t a club. You’re not “in” or “out.” (Although maybe some extreme minimalists would disagree.) It’s a principle, and its expression will look different for everyone.

As for me, I feel most comfortable as a moderate minimalist. My husband and I live in a 550 square foot home (51 square meters). It’s small, but not tiny. I have two capsule wardrobes, one for summer (which is quite hot) and one for winter (which doesn’t get below freezing). Each capsule has about 45 items. I know. It’s more than Project 333 recommends I should have in my closet at any one time, but in the long run I still have less.

Probably my biggest commitment is in my digital habits. But even in that, I’m not extreme. I have a Facebook account. I just don’t use it more than a few times per year. And about my smartphone…yes, I own one, I just don’t know where it is right now…

This is just to give you an example that it’s possible to be a committed minimalist without going to extremes. Even taking the step to declutter is your way of casting a vote for minimalism. Don’t let anyone make you feel that you’re substandard for not measuring up to the more extreme lifestyles.

Recognizing that minimalism is a spectrum can help you accept yourself and the efforts you’re making.

Now, stop looking at other people’s empty room photos on Instagram. Like this guy. You’re not him. You’re you. Get out there and enjoy your minimalist life!

Overwhelmed by Your Phone? A Digital Minimalist Shares Her Surprising Phone Habits