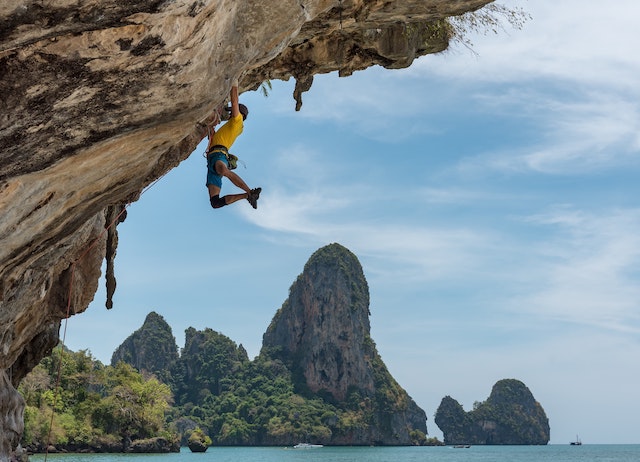 We Millennials are a starry-eyed bunch. Ambitious to a fault. We aimed for the moon and landed on lumpy couches in overpriced rental flats. 72% of us grind our way through chaotic quarter-life crises, screaming out our existential frustration in binge watching and job drifting. But you see, it’s not really our fault. We were told that the sky’s the limit, but everyone expected us to figure out how to fly on our own. Looking back, we wonder why Millennials fail, but the answer couldn’t be closer to home.

I remember how it felt to be a 90’s child. No one dared tell children if we weren’t good at something. Apparently, we all equally excelled at everything. I sawed away at my violin for nine years, imagining that I had natural talent because my parents always applauded me. When I visited the university of my choice before applying, the dean of music assessed my skills and told me to try again another year.

But I also dreamed of becoming an astronaut. Growing up just a stone’s throw from Cape Canaveral, I’d watch from my front yard as the space shuttle made a glorious bronze plume through the night sky before disappearing. One day, perhaps, I would sink my feet into the magical dust on the moon’s surface.

I watched every space movie I could find — both fiction and nonfiction. I taped a huge poster of the moon in my bedroom. On weekends my family went to the local planetarium where I traveled to the edge of the galaxy — in my imagination, at least.

But of course, real life is more than dreams. To work for NASA, one must be good at math. In this, I struggled. In middle school, I made C’s, and sometimes I cheated to get that good of a grade. Nevertheless, my parents applauded.

Once I went off to boarding school, the horrors of mathematical deficiency closed in on me. But woe to the adult who allowed a 90’s child to learn hard lessons, and far be it from admitting that I might need special tutoring! When I took my final exam in Algebra II, there were more than 30 questions. I flipped frantically through the test and realized that I knew how to answer only two problems. A terrible pressure enclosed me with panic.

I filled in the answers for those two problems. Getting up long before any of my classmates, I turned in the exam and left.

Two days later, when we received the grades for our final exams, I was shocked to find that I had been given an “A” grade. My teacher, taking pity on me, only graded me for the questions I had attempted. Since I had correctly answered both questions, my final grade ended up being an A.

Reach for the stars, they told us with their lips. But their actions spoke with greater impact. We won’t interfere with your lovely daydreams. Keep dreaming and we’ll make sure not to interrupt with any glimpses of reality.

The adults stepped back and let us make our own choices, as if individualism had become sacred, a holy ground upon which no nay-sayers dared to tread. If we want to know why Millennials fail, we have to start asking for backstory.

Soon I was a little adult, rushed into an adult body but with a timid, uncertain mind. My college crush started showing serious romantic interest, but I wondered if I wanted a multicultural, American-German relationship. If we ended up dating steadily or getting married, I knew I might end up living abroad. Did I want that? I wasn’t even sure I’d figured out my own identity — forget trying to navigate a foreign culture.

I invited my dad out for a lakeside picnic to try to get some advice. We settled ourselves at a worn picnic table while I assembled the sandwiches, careful to spread the mayonnaise perfectly to all four corners of the bread the way he liked. He shifted a few times to get perfectly comfortable. He always did everything in life with precision — the kind of father who keeps everything on his desk arranged at 90-degree angles and has to have a perfectly sharpened pencil every time.

He chewed his sandwich slowly, his eyes squinting against lake sparkles.

“Sweets, that’s up to you,” he finally replied. “I’ll support you no matter what you decide.”

“But what do you think?” He knew the guy. He knew his strengths and weaknesses. And he knew me, too — didn’t he? Michael was passionate and open about his intentions — I knew that if I agreed to go steady with him, it would get intense and emotional very fast. I wanted to be sure I was making the right decision so that neither of our hearts would break in the end.

“I can’t tell you what to do,” my dad concluded. “You have to pray and decide for yourself.”

And that was it. Forge my own way. Figure it out for myself. Apparently, precision is expected to be passed through genetic channels alone, not through any step-by-step social scaffolding towards maturity. Perhaps the reason why Millennials fail is because we haven’t yet perfected the art of what took most people 50 years to learn — with help.

Since the age of 10, I washed my own clothes. By age 12 I was responsible to earn money to buy my own clothes and toiletries. I paid for my own car and my own college tuition.

Be independent, be free.

By all means, the hallowed ground of independence must be preserved.

After a whirlwind romance, my fiancé and I planned and paid for our wedding without any help. It was perfect and yet full of mistakes. Like everything else in life. Blundering, blundering we go, making a mess out of things that could have been so much easier with a steady, guiding hand upon us. But every time we asked for advice, we were met with syrupy affirmation and overwhelming freedom.

A month after our wedding, Michael took a job in the nonprofit sector in the Middle East. I tagged along, ready for an adventure, and an adventure we found for almost seven years. I immersed myself in Lebanese culture, food, and language. I learned their way of life. And it was with a shock that I realized how different they approach adolescent and young adult independence.

In Middle Eastern culture, there is no individual. There are only families. The members of each family rise and fall together — the shame or success of one is the shame and success of them all.

Once, I told a Lebanese friend that American parents can’t wait for their kids to turn 18 and move out of the house. Her horrified face revealed an entire worldview: how cruel to turn your adult children out on their own without any help or guidance.

After all, why bring children into the world if you only want us when we’re cute and cuddly? When we turn into teenagers and young adults, you send us off during our most vulnerable stage of life into the big, wide world and tell us to come back when we have our lives pulled together, when we can bring cute and cuddly grandchildren in the backseat of a paid-off minivan.

Maybe I should have my children in Lebanon, where they can grow up seeing a different kind of family modeled: the family that scaffolds the children smoothly into adulthood and never expects them to be an island to themselves.

The potatoes are done boiling and it’s time to puree them for a vegan casserole with spinach, leeks, and potatoes. I’m too short to reach the electric hand mixer. I step on a footstool and stretch to my tippy toes, but my fingers barely brush the top shelf where I keep the mixer stored.

I call Michael. He’s 6’ 1”. He brings the mixer down with ease, and I wonder, am I failing to reach my potential by utilizing his help? Am I more incompetent because I’ve just been assisted?

But somewhere along the way, society decided that it’s enough to just stand by and applause.

You can do it! You’re so good at everything you do. Reach for the stars, you can achieve anything you want!

Empty words, so sickeningly sweet they make me choke. Hands so busy clapping they cannot reach out to help. If Michael would have stood by and cheered, telling me to reach just a bit higher, he would have not eaten lunch.

Yes, we Millennials are ambitious. Starry-eyed. And yet overwhelmingly depressed. It isn’t surprising. There’s such a thing as too much freedom and too much affirmation. The fact that 72% of Millennials have gone or are going through a quarter-life crisis suggests this isn’t the failure of one set of parents, but the failure of a whole generation of parents. As I thought about it, I realized that there are at least three reasons for this noncommittal, syrupy parenting style, which leads us to understand at least a part of why Millennials fail:

Whatever the reason, we’re here. All of us Millennials. Hanging on by our fingernails to the side of the Empire State Building, thousands of feet above the ground.

Fly, they cry out from below. You can do anything you put your mind to. Reach for the stars and fly!

Just let go! You can fly!

Our fingers shaking perilously, we gaze again at the ground far below, terrifyingly far. It is with great envy that we see, nearby, a group of window cleaners moving slowly, steadily down a scaffolding structure. But such blessings are not to be known by us.

We hear them chanting, applauding…someone pops a confetti gun and there is a general cheer of expectation. Full of fear, the first Millennials release their grip and begin the free fall — down, down, down into the ravages of life.

In a moment, we hit the pavement with a gruesome impact. The cheering dies away as our primary supporters realize that they were wrong. We could not fly. Not the way they told us to believe. And for some Millennials, the disillusion is so great that there may be no recovery.

But as our fallen, mangled forms ooze into the pavement, at least it can be said that we are here through no fault of our own.

The fantasy has been interrupted.

The blind applause has been silenced.

Now we know: don’t tell someone to fly to the moon if you’re not willing to go with them every step of the way. Maybe, just maybe, overly positive rhetoric and too much independence too soon is why Millennials fail.

What Does a Quarter-Life Crisis Feel Like? 8 Symptoms You Can’t Ignore