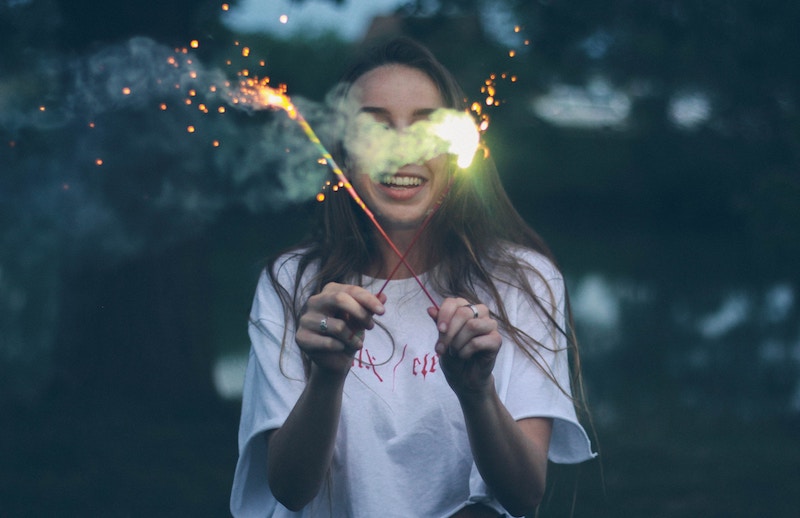 If I plan a meetup for people who over-process information, there would be two kinds of individuals to show up. Highly Sensitive People (HSP’s), and folks with OCD. So, what are we talking about — HSP and OCD? Let’s start with a few facts.

What Is a Highly Sensitive Person?

HSP’s make up about 20% of the population. This is too large a number for it to be a disorder. Instead, High Sensitivity is considered a normal variant of the human personality. HSP is based on something called Sensory Processing Sensitivity. This is a trait involving “an increased sensitivity of the central nervous system and a deeper cognitive processing of physical, social and emotional stimuli.”

Highly Sensitive People are the ones who stop and think before acting. They are the ones who process slowly but very deeply. They are more empathetic and attuned to the emotions of others. Unfortunately, they are also the ones who are more likely than others to be accused of being “too sensitive” or “too emotional.“

(Wondering if you’re a Highly Sensitive Person? Pause for a few minutes to take this brief HSP test.)

In a 2011 study, researchers tested HSP’s and non-HSP’s in a functional MRI so they could scan the subject’s brains while they completed change-detection tasks. Each subject viewed two almost-identical landscape images and had to identify the difference. For example, one farm scene had a missing fencepost, or a field of hay bales had an extra bale. The researchers discovered that HSP’s took longer to respond, but their brains lit up more. The researchers interpreted this to mean HSP’s process information more elaborately.

But what about people with OCD? They also are heavy processors. Is there a difference?

How Do People With OCD Process Information?

In contrast to the 20% of the population that is Highly Sensitive, only about 2.3% of Americans have chronic Obsessive Compulsive Disorder. Like HSP’s, individuals with OCD are heavy processors. They tend to think in repetitive and cyclical patterns in their attempt to solve problems.

According to some research, brain structures may be responsible for the cyclical thought patterns of OCD. For example, people with OCD appear to have faulty wiring in the part of the brain that deals with reward anticipation and impulse control. Other research notes abnormalities in serotonin receptors in the OCD brain (this is the main theory behind why many OCD patients are prescribed SSRI medication). However, there are still many inconclusive hypotheses about what exactly causes the OCD brain to behave as it does.

What we do know is that people with OCD over-process information to the point that they cannot stop themselves.

So What Is the Difference Between HSP and OCD Processing?

Interestingly, both obsessive-compulsives and HSP’s demonstrated higher brain activation when viewing emotional responses in other people. This signifies that they process emotions differently than the rest of the general population. But ultimately, the main difference between the way HSP’s and obsessive-compulsives process information is that at the end of the day, one is productive while the other is not.

Obsessive Compulsive Disorder is in the DSM-5 as a “disorder” because that’s what it is: a faulty processing glitch in the human brain. Sensory Processing Sensitivity — the trait that makes a Highly Sensitive Person — is not in the DSM-5 nor is it considered a disorder. However, both individuals might receive criticism that sounds the same: stop overthinking it. You’re being too sensitive.

Obsessive-compulsives process in repetitive cycles are often aware that their obsessions are illogical. However, they just can’t stop themselves. OCD thinking usually does not lead to productive ends — only more rumination, ritualization, or anxiety.

On the other hand, the deep processing of an HSP is proven to be extremely effective. In one study, a depression intervention program was initiated for 11-year old girls in a poor London neighborhood. Researchers had observed that many at-risk girls become depressed at age 12, so they implemented a barrage of tactics to help prevent this emotional plunge.

Before starting, each girl was tested to see how she ranked on the HSP scale. One year later, after the girls had gone through the intervention program, they were tested again for HSP scores and for depression levels. Not surprisingly, depression had been reduced only in the girls who scored in the top one-third most highly sensitive. The low-scoring or non-HSP girls were not helped at all. Dr. Elaine Aron analyzes the results by writing,

This is another example of how HSPs pick up especially well on good things, probably in this case by processing the program’s information deeply. This gives us real hope that an intervention can help us if we need it, even more than it would help others.

What If I’m an HSP with OCD?

If you find out that you’re a Highly Sensitive Person who also has Obsessive Compulsive Disorder, it’s time to celebrate! 💃🏼🎉I write this article as an HSP who has gone through my fair share of OCD. I wouldn’t say that I am “cured” from OCD, because I don’t believe it’s something that ever just goes away, but I now cope with my OCD extremely well. In times of stress it might flare up, but it has generally become a very manageable part of my life, so much so that I no longer identify as an obsessive.

As an HSP, you have a really powerful ability to benefit from useful information. You can actually benefit more from good things than your less sensitive peers. That puts you in a great position to apply interventions that will help you cope with the challenges of OCD. When I went through therapy for clinical depression and OCD, my therapist told me she had never had a client who worked as hard as me at implementing positive practices. That was long before I’d read the study about the 11-year-old HSP girls. It was my HSP depth-of-processing practices kicking in, even though I wasn’t aware of it yet.

If you’re HSP and struggle with OCD, it may be difficult to separate between the deep processing of your HSP side and the racing, cyclical processing of your OCD side. Don’t worry about that for now. Just work hard at implementing positive advice from your therapist or support group and you will come out the other side.

I also wonder how many people have been misdiagnosed as OCD when in reality, they are just demonstrating the heavy processing of an HSP.

And if you only have OCD but not HSP, don’t worry. Having High Sensitivity isn’t the silver bullet for success. It certainly can help, but it isn’t the only precursor to successfully coping with OCD.

What Do You Think?

What has your experience been? Has anyone ever mistaken your HSP processing to be OCD? Have you experienced both? Have coping mechanisms for one been helpful for the other? Let me know in the comments below.

At the end of the day, there’s no way of knowing how much crossover there is between Sensory Processing Sensitivity and Obsessive Compulsive Disorder. There are a few striking similarities — the fact that both process emotions very differently than others, and the fact that we are both heavy processors. But as far as I know, no scientific research has corroborated overlap between the two.

Is there a connection? There might be. There might not. What’s more appropriate to say is that there are some similarities in the way these traits manifest themselves. In my view, if you’re someone who can’t shut off your thinking processes, you might want to do a little research to investigate both possibilities.

What Does a Quarter-Life Crisis Feel Like? 8 Symptoms You Can’t Ignore

Traveling the World as an HSP: A Survival Guide

Too Sensitive to Light? You Could Be an HSP